A history buff’s paradise and a college town, Milledgeville has an eclectic mix of activities for everyone to enjoy. Over 10 blocks of historic architecture are filled with coffee shops, clothing boutiques, great food and family residences. Shopping enthusiasts will find antique shops with lots of hidden gems, boutiques that offer trendy styles and a jewelry store celebrating over 125 years in business. History buffs will march in Sherman’s footsteps and spend hours absorbed in the historical sites and enlightening museums. Families will stroll the booths at various seasonal events and markets, enjoying fresh, local produce and butterfly face painting.

Milledgeville’s proud history began in 1803, when the state of Georgia searched for a site for its new capital.  Because this area offered a central location and ample springs, it was the perfect spot. 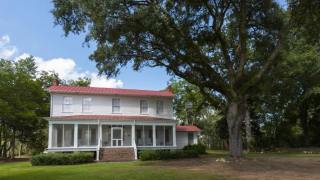 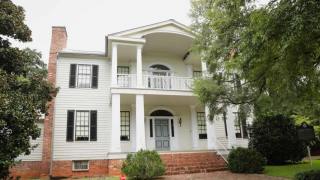 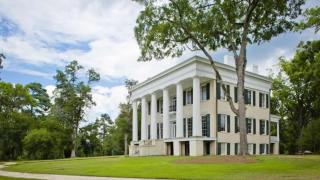 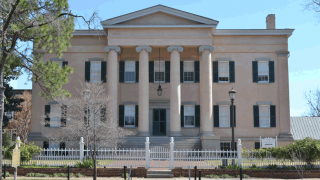 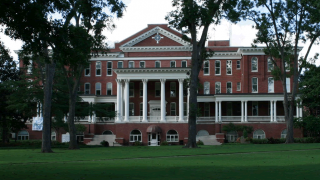 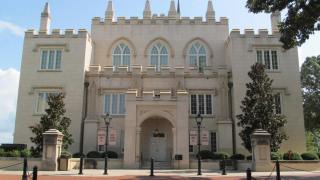 The planned capital city took shape and was given the name Milledgeville in honor of John Milledge, governor of Georgia (1802-1806) and donor of the land for the University of Georgia. Located on the fall line of the Oconee River, Milledgeville is the only city in the U.S., with the exception of Washington D.C., actually designed to be a capital city. For more than 60 years, we remained the capital during a period of state history that witnessed appearances by many notable figures.  Many area homes and structures survived the periodic fires and willful destruction of the War Between the States, for on a bitterly cold November day, General William T. Sherman and 30,000 Federal troops marched into Milledgeville. Learn more about Milledgeville’s role in the Civil War.

With the removal of the capital to Atlanta during reconstruction, Milledgeville experienced an economic downturn. By the late 19th and 20th century, improved lighting, streets, telephones, and water supply encouraged new building and commerce. The results of a slow growing economy contributed to a wealth of well-preserved federal style architecture enhanced by noteworthy Greek Revival, Victorian and Classic Revival houses that inhabit the city still today.

Walk beneath the shadows of towering oaks through wrought iron gates that lead to magnificently preserved mansions, haunted historic sites and fascinating museums. The intriguing true-life tales and ghostly legends echoing in these halls are even more intricate and elaborate than the delicate scroll work on the fences that have helped safeguard hidden treasures in the Antebellum Capital of Georgia.

Over 50 acres are planted and protected to showcase the wonderful art of nature through heirloom flora and regional foliage.

Southern flair, fancy flourishes and fowl language are common in Milledgeville’s colorful architectural legacy. Founded in 1803 around a series of beautiful squares and wide streets, the new Georgia capital city was carefully planned with design elements from Savannah and Washington, D.C. In 1805, The Old Capitol Building became the first public building ever designed in the Gothic Revival style.  Author Flannery O’Connor, one of Milledgeville’s most famous leading ladies, was creatively inspired by Andalusia’s pastoral setting, which was often depicted in her critically-acclaimed writing, along with the proud peacocks that strutted around her family farm. English-born architect, John Marlor, moved from Charleston in 1815 to leave his own colorful mark, developing a new American architectural style known as Milledgeville Federal. Marlor’s reinterpretation of Georgian and Federal structures with fan-lighted front entrances and signature spiral staircases started an early classical revival in Central Georgia. The 1839 Old Governor’s Mansion is another important architectural marvel that housed Georgia’s chief executives for 30 years and is recognized as one of America’s finest examples of High Greek Revival architecture.